This page holds a gallery of screenshots from the development of my two most recently major projects, code-named "RicoTech" and "Talaria" respectively.

"RicoTech" is a learning project I developed with the primary goal of learning C and modern OpenGL. I became very proficient in C, and somewhat proficient in OpenGL and GLSL as a direct result of this project, so I consider it a success. I did not have any particular game in mind when I developed this engine because I knew it would take a very long time to even get a simple scene rendering. It was a purely technical pursuit in the interest of self-development. 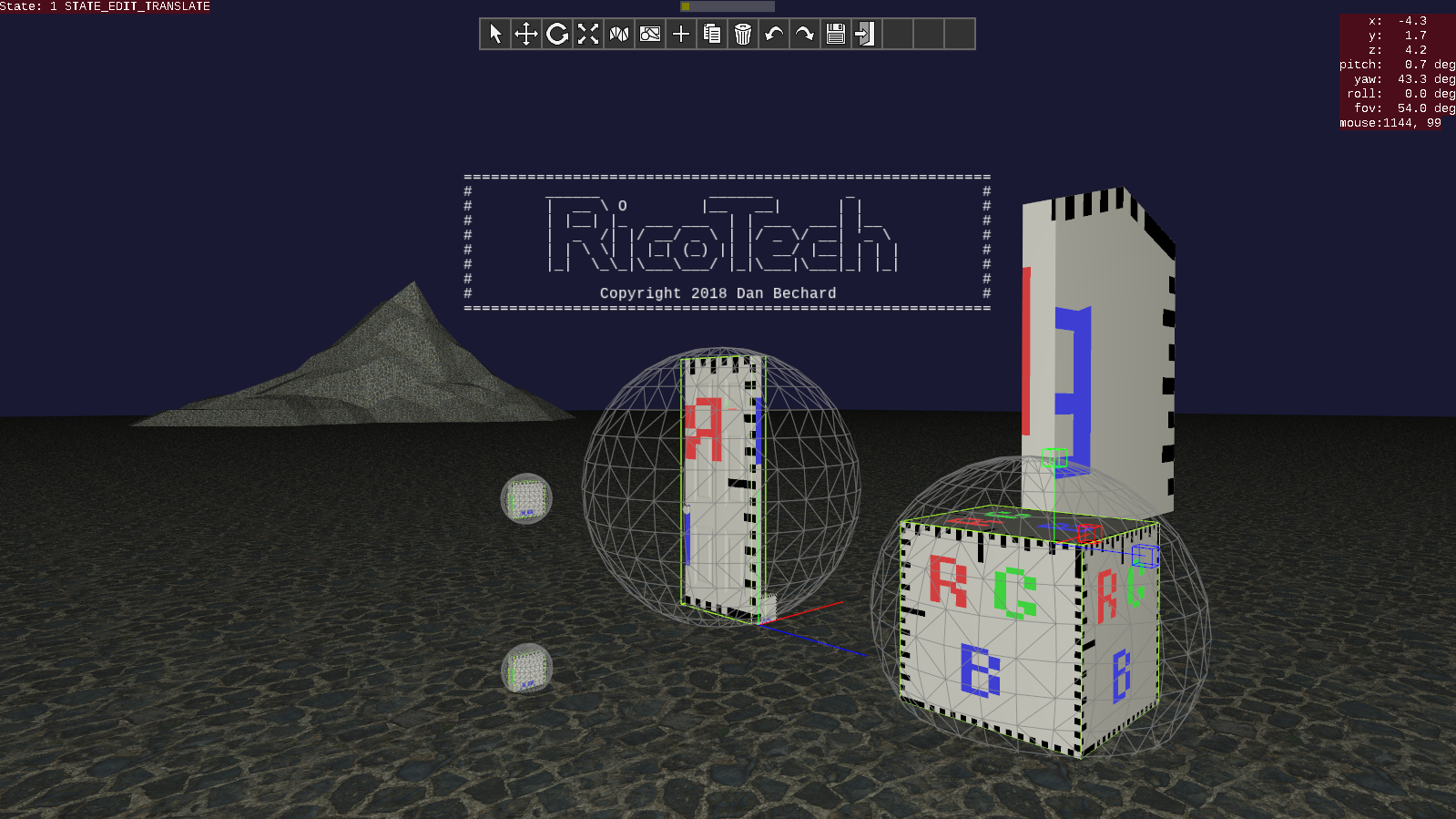